And what’s next for the superhero property he could star in.

The third “Fantastic Four” reboot, and first as a Marvel-owned property, has already lost a director and seemingly gained a new star.

The gasps were audible in theaters around the world as (spoilers) John Krasinski was revealed as Reed Richards aka Mr. Fantastic, “the smartest man alive” and leader of the Illuminati. We already knew a new “Fantastic Four” movie was in the works thanks to a 2021 promo video for upcoming Marvel titles that included the “Fantastic Four” logo after Disney acquired ownership from 20th Century Fox. Yet, after years of Krasinski hinting at the role, the “Office” alum has officially donned the stretchy blue jumpsuit to become the MCU superhero.

So how did we get here? Let’s step back into that multiverse for a moment and rewind the clock to trace Krasinski’s epic Marvel debut.

“The truth is that they hadn’t offered it to [Chris] yet, so they were like, ‘Let’s see who else is in there before we offer it to Chris Evans.’ And uh, I went in and tested for Captain America,” Krasinski explained. “I acted with my heart that day and it didn’t work out.”

Fans created a viral deepfake placing Krasinski in the Captain America costume, while simultaneously the director of “Quiet Place” would play Mr. Fantastic.

But Krasinski wanted Marvel to “keep considering him” for Mr. Fantastic 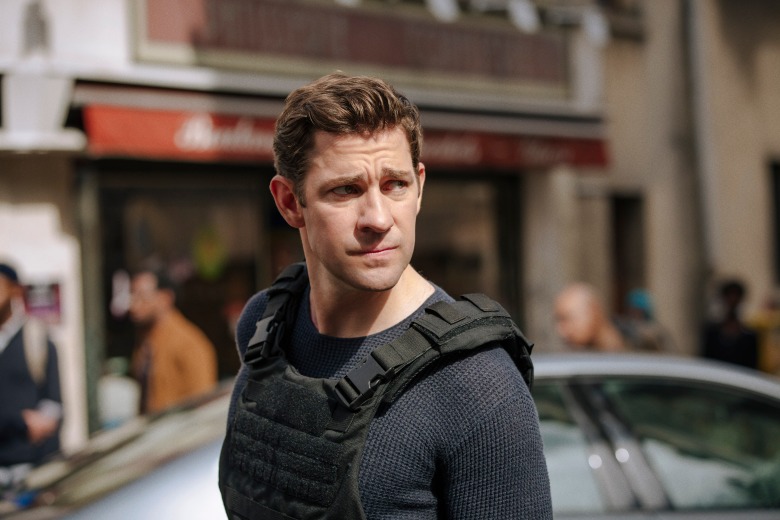 While Krasinski maintained that Marvel didn’t reach out to him in 2020 to direct a new “Fantastic” reboot, he told Men’s Health he’s still very interested in joining the MCU.

“I would love to be in the Marvel universe. I love those movies because they’re fun, but I also think they’re really well done,” Krasinski said. “And certainly a lot of my friends are into those movies. I have no idea what [Marvel is] thought. But if they’re considering me for Mr. Fantastic, keep considering me because I’d love it. 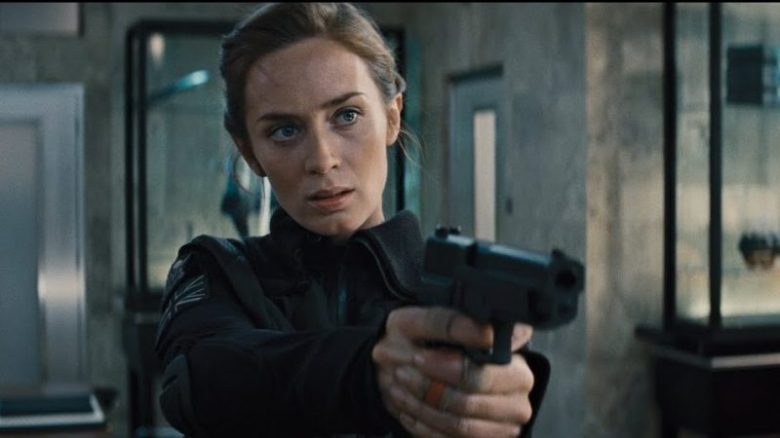 Krasinski’s real-life wife Emily Blunt — who also turned down the Avengers role of Natasha Romanoff, aka Black Widow, due to scheduling conflicts — shut down rumors in 2020 that she or Krasinski would appear in a movie Marvel.

“It’s fan-casting. Nobody got a phone call,” Blunt said on The Howard Stern Show. “It’s just people saying, ‘Wouldn’t that be great?'”

Blunt was previously forced out of the role of Black Widow in 2010’s “Iron Man 2” due to a scheduling conflict with “Gulliver’s Travels.” However, a decade later, Blunt didn’t seem as interested in the franchise.

“It’s not that it’s below me. I love ‘Iron Man’ and when I was offered Black Widow I was obsessed with ‘Iron Man’. I wanted to work with Robert Downey Jr. — that would have been amazing,” Blunt continued on The Howard Stern Show at the time. “But I don’t know if superhero movies are for me. They’re not in my driveway. I do not like them. I really do not know.

She added of the Marvel Cinematic Universe: “It’s been sold out. We’re inundated – it’s not just all the movies, it’s also the endless TV shows. That’s not to say I would ever want to play one, it would just have to be something so cool and like a really cool character, and then I’d be interested.

However, MCU insiders have since speculated that Krasinski and Blunt will star as husband and wife superhero duo Mr. Fantastic and Sue Storm, aka The Invisible Woman, in the upcoming ‘Fantastic Four’ reboot. . Mr. Fantastic said in “Doctor Strange 2” that he had a wife and children…

Is there a multiverse where Krasinski leads the new “Fantastic Four”? 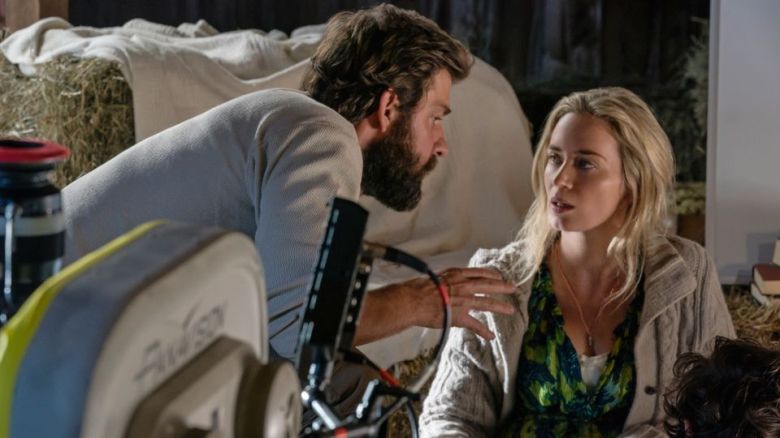 Although the Scarlet Witch (Elizabeth Olsen) turned Krasinski’s Mr. Fantastic into string cheese in “Doctor Strange in the Multiverse of Madness,” it’s clear that Krasinski will most likely direct the next “Fantastic Four” reboot. “Spider-Man: No Way Home” director Jon Watts pulled out of the film on April 29, just a week before Krasinski was set to appear in the role of “Doctor Strange 2.” Watts is reportedly stepping down to focus on other non-MCU projects, including an upcoming Apple Original movie starring Brad Pitt and George Clooney.

“Collaborating with Jon on the Spider-Man movies has been a real pleasure,” Marvel Studios President Kevin Feige said after the announcement. “We looked forward to continuing our work with him to bring the Fantastic Four into the MCU, but understand and support his reasons for stepping away. We are optimistic that we will have the opportunity to work together again at some point down the road.

Enter… Krasinski as a director?

The ‘Imaginary Friends’ writer-director once said ComicBook.com that he would “step in” as a director in any Marvel movie if asked by MCU boss Feige. “Chez Kevin [Feige] I have confidence,” Krasinski said. “This guy is not only the most talented guy, but the nicest guy. Yeah, whatever he wants, we’d discuss it.

As of press time, no “Fantastic Four” director has yet been announced following Watts’ departure from the film.

What’s next for “Fantastic Four”? 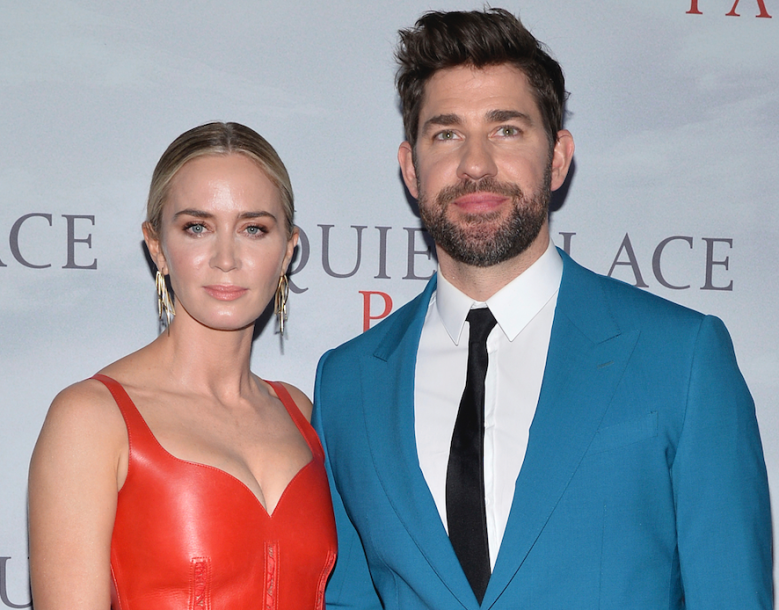 Of course, maybe the Krasinski as Mr. Fantastic for “Doctor Strange 2” was just a way to satisfy fans. He was killed in a universe but there is a lot universe in the new MCU multiverse storytelling. Additionally, familiar faces Peggy Carter (Hayley Atwell), Maria Rambeau (Lashana Lynch), Professor X (Patrick Stewart), and Baron Mordo (Chiwetel Eijofor) were also all in this universe as part of the Illuminati, seeming to prove that no matter what galaxy you are in, the alternate paths all center around the same cast.

And so much for the rumors that Chris Evans would really bend MCU fans’ minds by reprising his role as the “Fantastic Four” Human Torch after hanging up his shield as Captain America. Ah, how we miss the crossover cast of stunts like Evan Peters in “WandaVision” (despite being a narrative fake).

“Fantastic Four” reportedly began casting in January with production expected to begin in 2023. We have a feeling Blunt and Krasinski could be first on the call sheets….

“Doctor Strange in the Multiverse of Madness” is in theaters now.

Register: Stay up to date with the latest film and TV news! Sign up for our email newsletters here.